Sensitivity is a sentence, yet it allows you to capture a thousand colours on a journey in black and white.
Michelangelo Da Pisa

Her passion has always been to portray on canvas the image the subject unwittingly transmits. Portraits with a soul that capture an instant and emotion.

Influenced by family tradition, Carolina Adán Caro (Pinto, 08.06.1984) initially centred her academic life in the field of science, although deep down she had always been drawn to the art world.

The turning point came when, aged just eighteen, she was accepted as a pupil of the painter Antonio López, embarking on a summer course that would change her life forever. She decided to follow her vocation and enrolled in the Faculty of Fine Arts at Madrid’s Complutense University.

She completed the first four years of her degree there, before obtaining a scholarship to undertake the fifth and final year at the Barcelona School of Fine Arts.

She currently lives in Palma de Mallorca, proclaiming a deep love for the island that has become an essential part of her work. 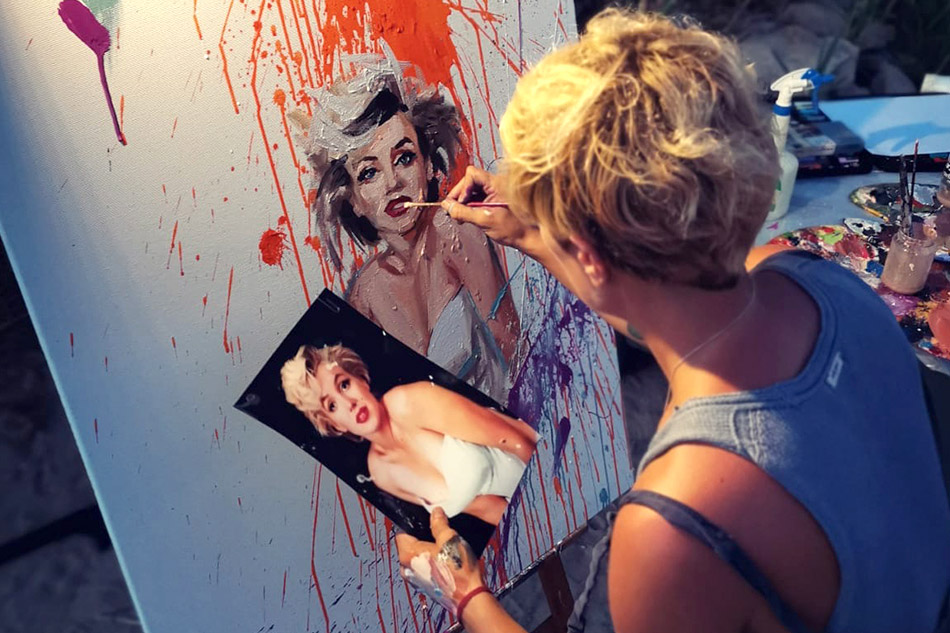 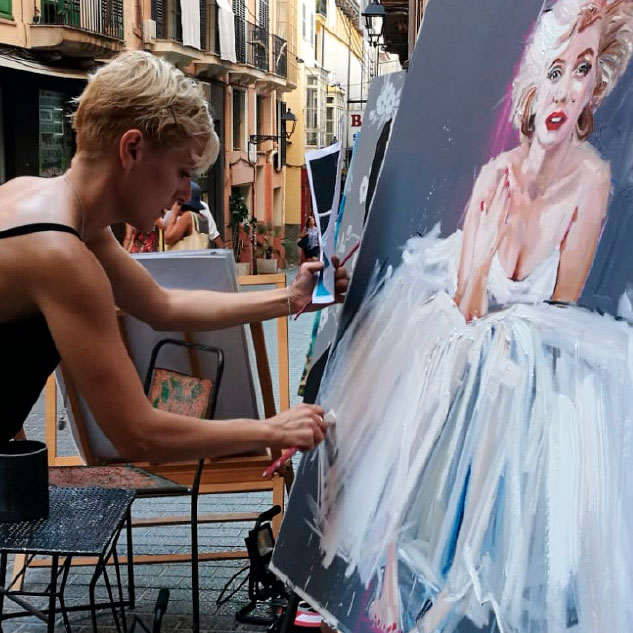 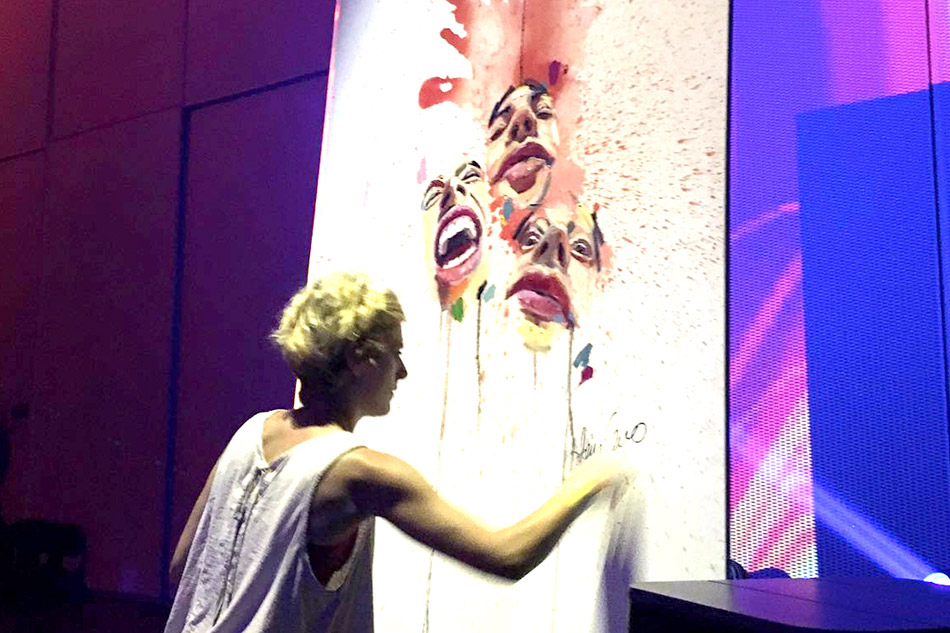 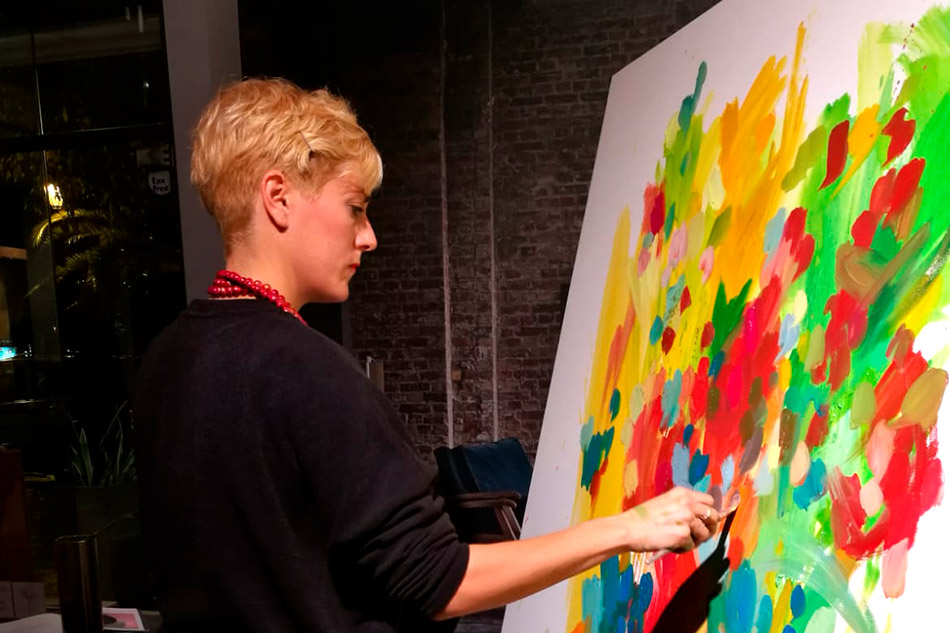 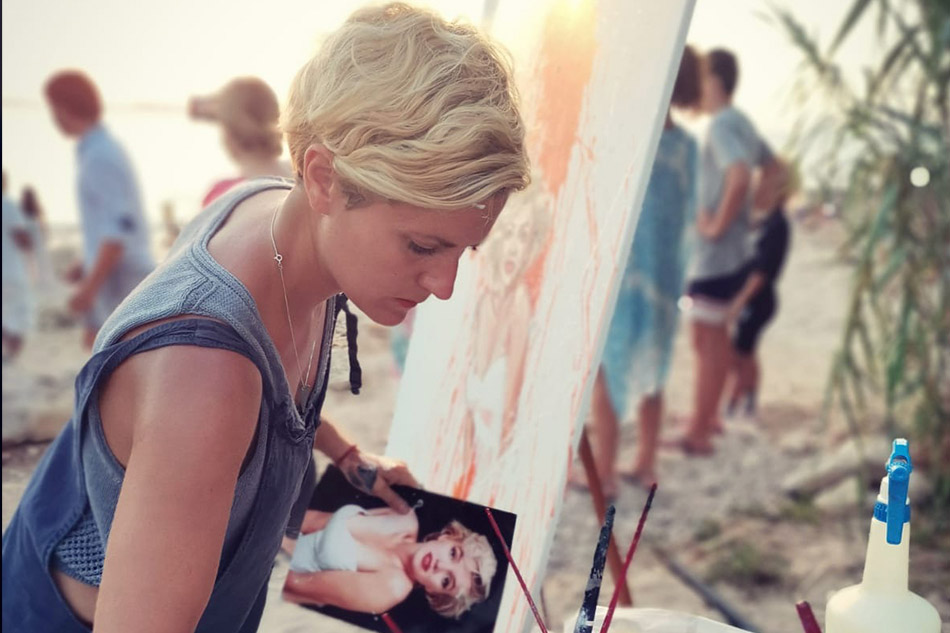 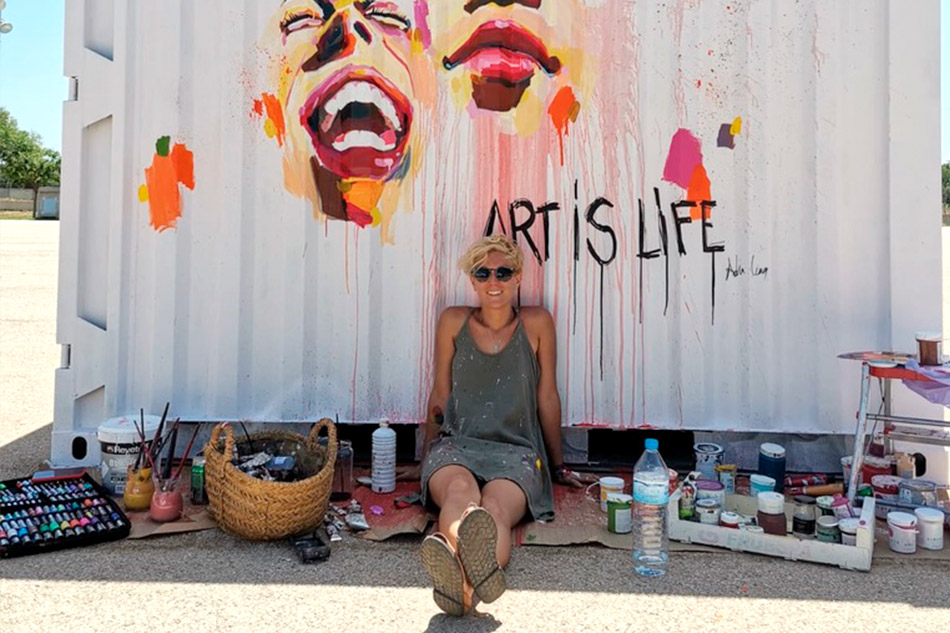 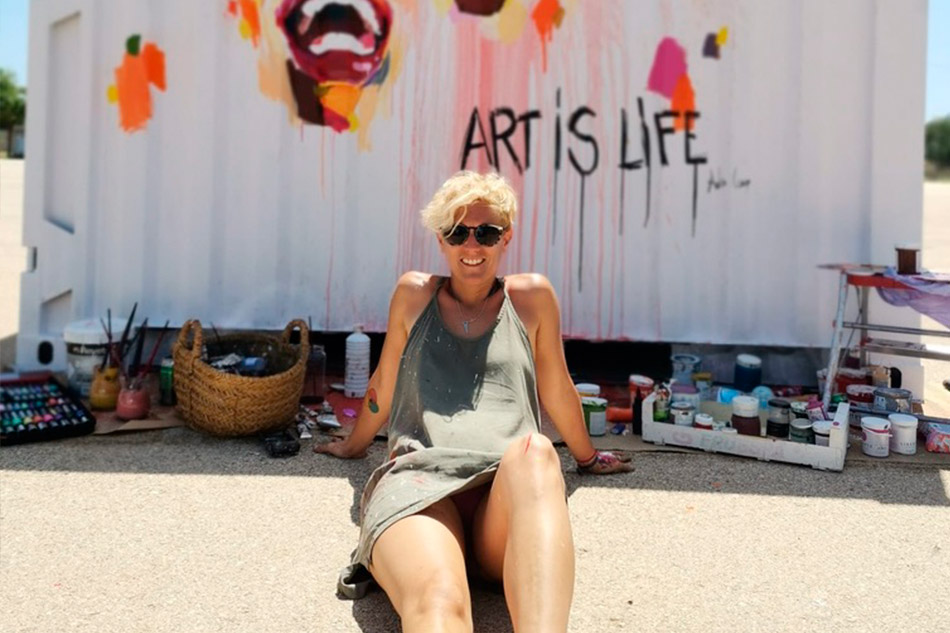 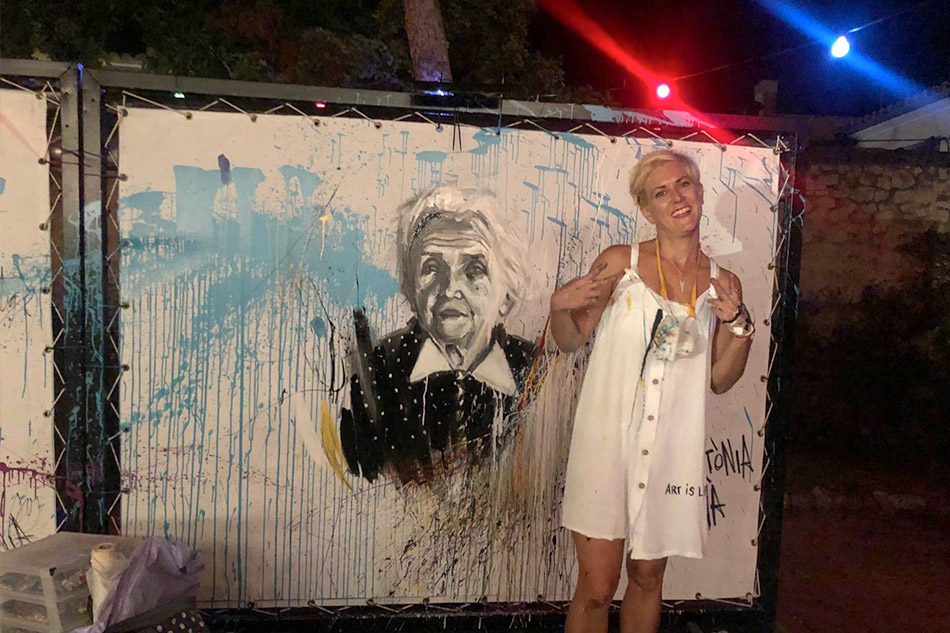 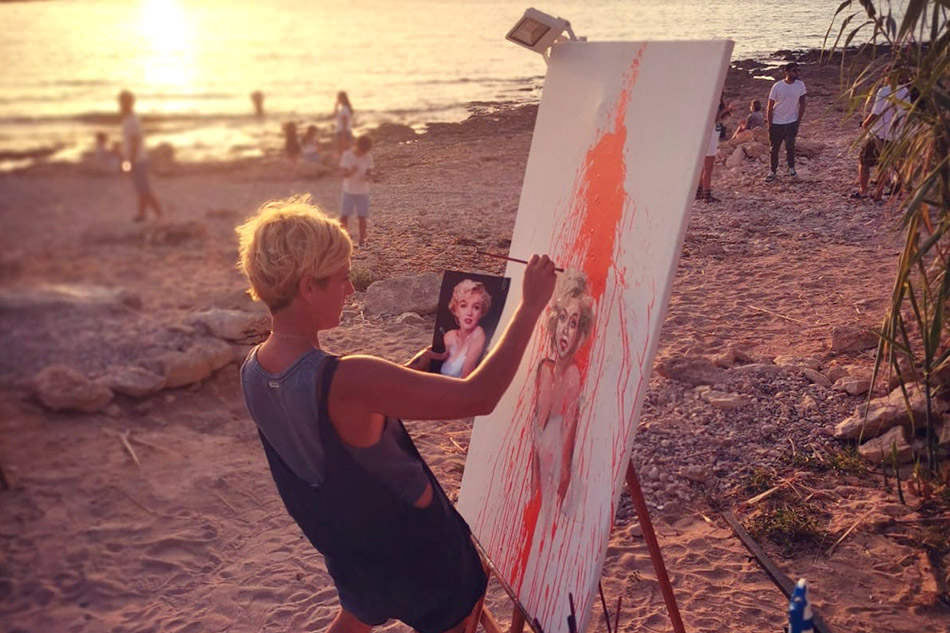 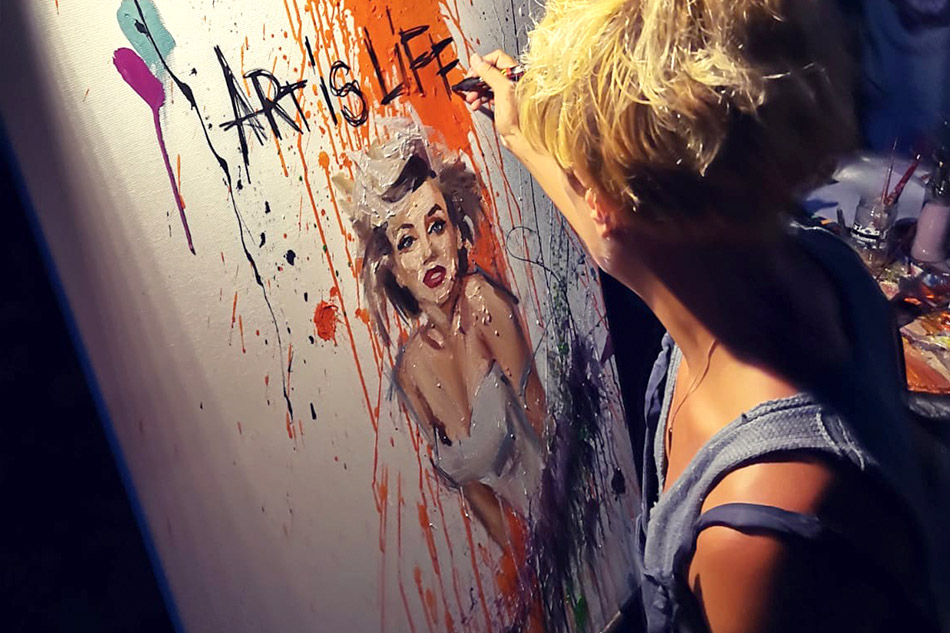 Her sound academic training stood her in good stead for her early career, centred on consolidating the conceptual aspects of her works. Today she focuses on figure art, strongly influenced by avant-garde expressionism.

Her references include artists of the stature of Malcolm T. Liepke, Egon Schiele, Klimt, or Velázquez, although myriad influences can also be seen in her work, ranging from pop art culture to female mythology, the world of the sea or her beloved Majorca – all part of her very personal world.

Yet undoubtedly she is most influenced by the people around her.  Her passion has always been to portray on canvas the image the subject unwittingly transmits. Portraits with a soul that capture an instant and emotion.

After many years spent forging a name for herself as a portrait artist, in 2018 Carolina Adán Caro saw one of her dreams come true with the opening of her own artist’s studio in Palma de Mallorca’s historic quarter.

Today her artwork can be classified in four major areas: her more personal, concept-based works, focused on her passions and concerns; live art created at various events; portrait commissions reflecting her unmistakeable style; and her new strategic bet, mural painting based on her personal project “Art is life” as well as murals on demand 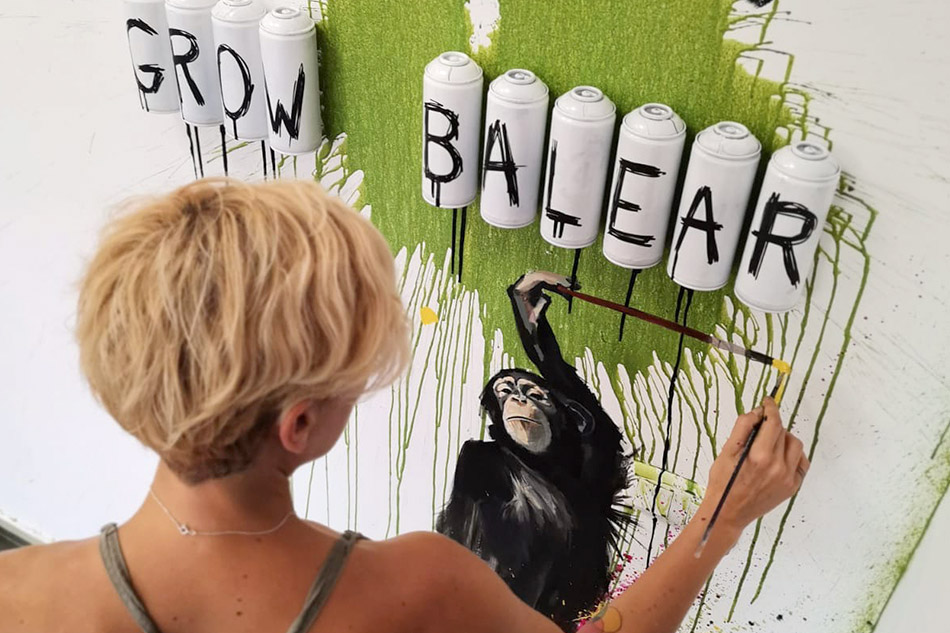 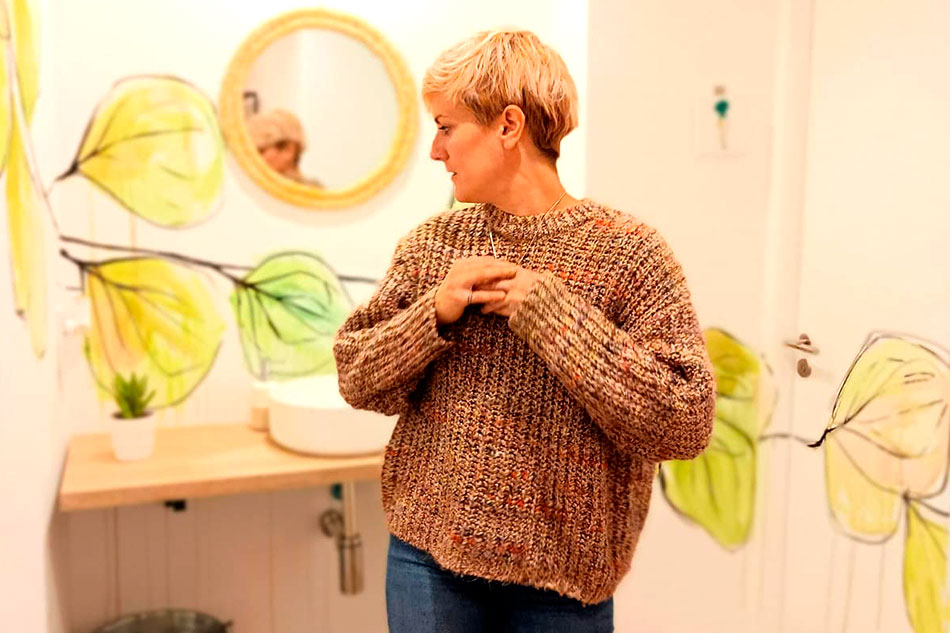 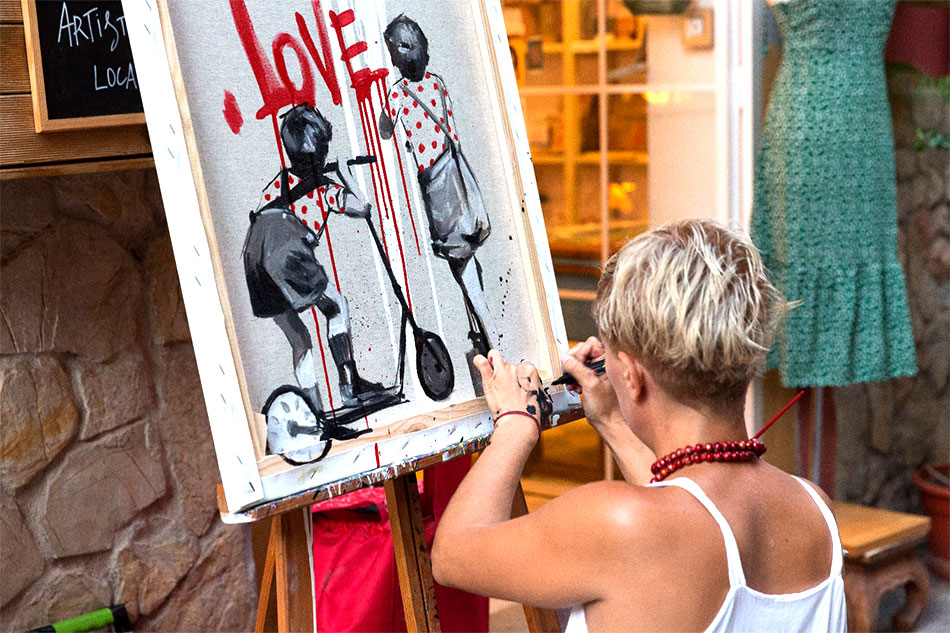 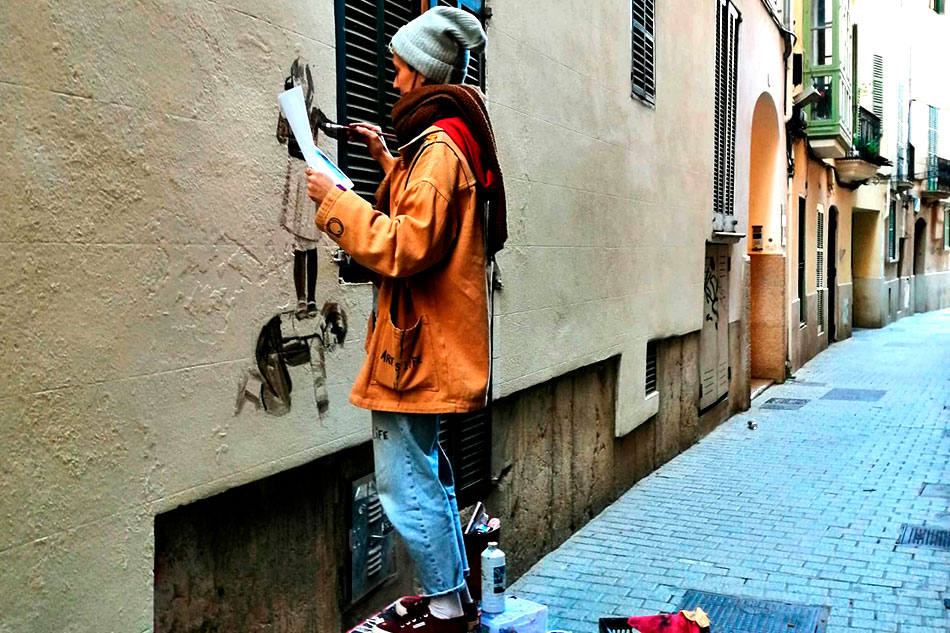 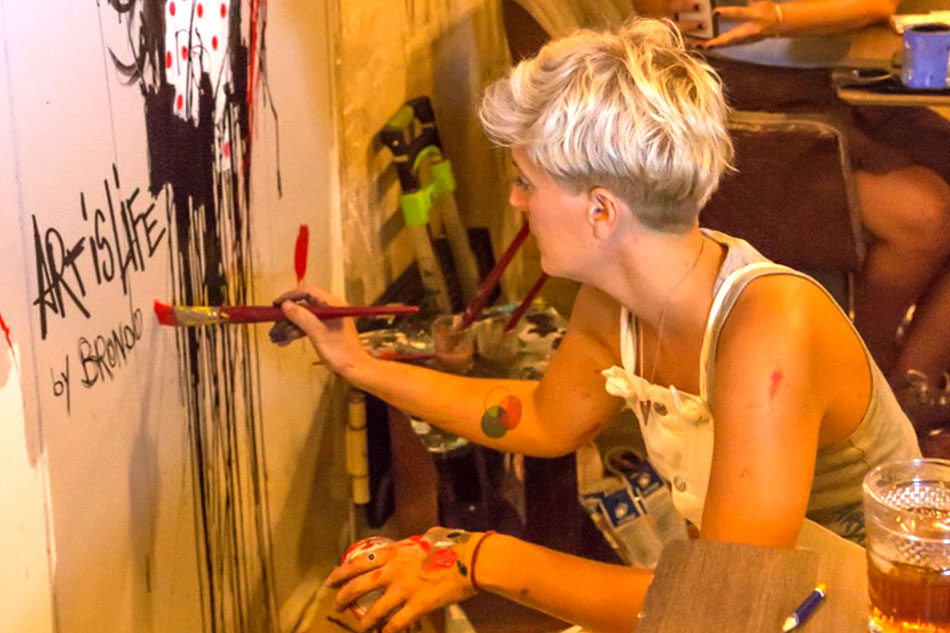